Meet Emmanuelle Andrews, one of the new MA students of the 2016-2017 cohort at The Social Justice Institute.

This interview took place on the traditional, ancestral, unseeded and occupied territory of the Musqueam peoples. 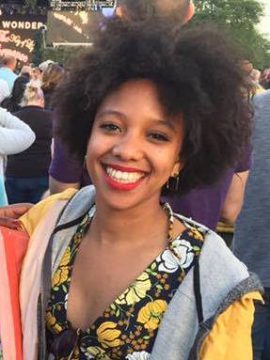 Ine: “Emmanuelle, thank you for joining me today. Could you tell me a little more about yourself? Why did you decide to apply for the MA program in Gender, Race, Sexuality and Social Justice?”

Emmanuelle: “During my travels through Central America, I was thinking about what to do next after my BA in Anthropology and Law. I was always interested in gender and race, but found that most gender or women’s studied programs tended to solely focus on gender, and did not include a particular focus on race – this lacking kind of angered me! So one night after talking to a friend, I literally typed in “Masters in Gender and Race” and then this program popped up. I looked at the program and was blown away, and I was particularly impressed by the wide variety of faculty in terms of research focus and ethnoracial backgrounds. That’s when I decided to apply”.

Ine: “And how are you liking the program so far?”

Emmanuelle: “The first month was really hard. I cried a lot. I had a lot to get adjusted to: a new life, a new routine, and a new way of thinking. My background is in Anthropology and Law (from the London School of Economics), and I felt that I had to learn how to think in a different way and I had to get used to the idea of not knowing everything and that it is ok, that that is actually part of learning and growing. I know that now. Now I can enjoy the struggle.”

Ine: “What do you mean by struggle?”

Emmanuelle: “It is a struggle to engage beyond a text, to read a text as it is, appreciate it as it is, and then connect it to other texts, other theories, other disciplines and ultimately to go beyond the text itself, to maybe come up with new thoughts and theory.”

Ine: “The field of social justice is intense and demanding, both academically and emotionally as it has violence as one of its main foci. With the recent election of Trump as the new President of the United States, I think we can all use a mental health boost.

Emmanuelle: “Well, for me it’s good to let my emotions out. Sometimes just crying, other times removing myself from a difficult situation wherein it gets too much. But it is also good to talk to others about your situation, to share your sorrows, concerns, troubles. Oh, I also cross-stitch, haha! Here, I can show you…

I have also written a poem for one of my classes, and I have taken it with me for other people to read.”

I guess physical exercise is also good, but I should do that more, haha. I cycle to the university, that’s at least something. I also used to dance a lot, maybe I will pick that up again.”

Ine: “What do you like to do outside of your studies? What are some of the things that inspire you?”

Emmanuelle: “I’m taking a really exciting African-American history (1850-to the Present) class with Professor Paul Krause. His class is astoundingly inspirational and he is just an amazing ally. This is the first time really that I am learning about African-American history and certainly the first time I’m reading so many incredible black authors and watching or listening to black critics in the films we watch. We read a book almost every week and have to write a short essay about it, so it also really helps with my writing, getting that weekly exercise. It is a great practice to be writing constantly. This class and Professor Krause are really a confidence booster, I’ve been pushed extremely hard to challenge my thinking and my writing.

In fact, one of the first things we were asked to do for his class was to prepare a short autobiography of ourselves to answer why we decided to choose his course. I wrote it and realised it was kind of a poem. He gave me some really encouraging feedback and I am really proud of it now…may I share it with you? *at the end 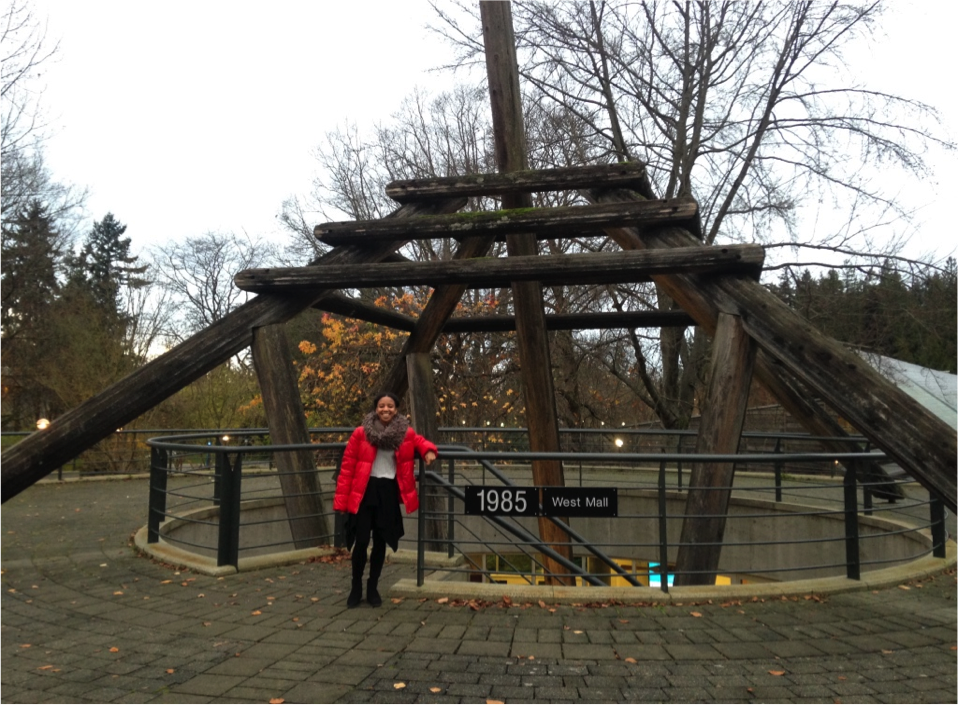 Also, I went to a brilliant public lecture the other week, ‘Calling Home: Two Spirit and Queer Understandings’ at the First Nations Longhouse. Jules Arita Koostatchin gave a particularly moving and personal account of her experience of transgenerational trauma, and its general impact on Indigenous communities. The lecture was just incredible and it inspired me to consider studying intergenerational trauma within black communities in the UK, so that I can get a better understanding of race and racism in the UK, and its influence on policy and possibly legal reform.

Ine: “Is that something that you aspire with your Social Justice degree, to enact change within the legal realm?”

Emmanuelle: “Ultimately, yes, but I also hope to influence people closer to home too, my father has been a big inspiration for this project in particular. In my MA research, I would like to engage with these topics but in order to study transgenerational trauma I also need to focus my attention on psychology (specifically trauma and healing), and the history of blackness in the UK, considering such things as structural marginalisation and exclusion, whilst connecting this to law and anthropology. So yeah, plenty of things ahead of me.

After my Masters, I would maybe like to continue with a PhD, and maybe combine it with journalism. Thanks to Professor Krause’s class, and the support from my pro-tem supervisors, Mark Harris and Denise Ferreira da Silva, as well as one of my GRSJ teacher’s Dina Al-Kassim, I realise that I really enjoy writing so that could be another vein I would like to explore. However, I also enjoy film and could see myself engaging in visual ethnography. I think it would be so great if I could incorporate something like a short film in my MA thesis!”

Ine: Yes! And we would love to see that film! Thank you so much for your time Emmanuelle!”

I received the novel Small Island by Andrea Levy, on my sixteenth birthday. In it, I learned of a history that I had only ever heard before in passing: through tales of my paternal grandfather in the war and of my maternal grandparents’ sea-voyage to Liverpool in the 1960s. Upon completion of the book, I questioned, perhaps for the first ever time, my understanding of being a black body in a white world. It was not until age eighteen, however, when I joined my university’s African and Caribbean Society, that I could honestly say I was proud of my identity.

Up until this point, matters of ‘race’, at least when spoken about outside of the confines of my little council flat in London, had been difficult. Growing up in a predominantly white, middle-class private school, meant confrontations with the topic were limited: to one hour of the week, in one year of my schooling. Mrs Ibbot’s, ‘A History of Slavery’: an unavoidable, yet necessary rite of passage, to progress from Years 9 to Years 10.

We drew triangles in Mrs Ibbot’s class, spoke of ‘pyramids’ and ‘trades’. Sometimes sugar, other times tea. Don’t the British just love their tea? Then winter holidays came, next spring; summer exams happened and we passed. Then we packed our desks and moved to a new classroom and that was the finale of our little flirtation with slavery.

I learned of the Nazis for 4 consecutive years in a row. 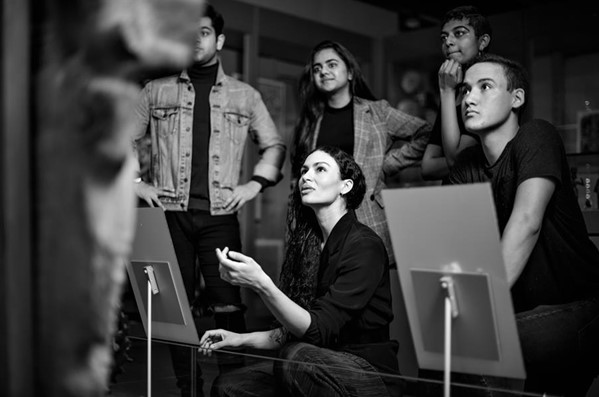